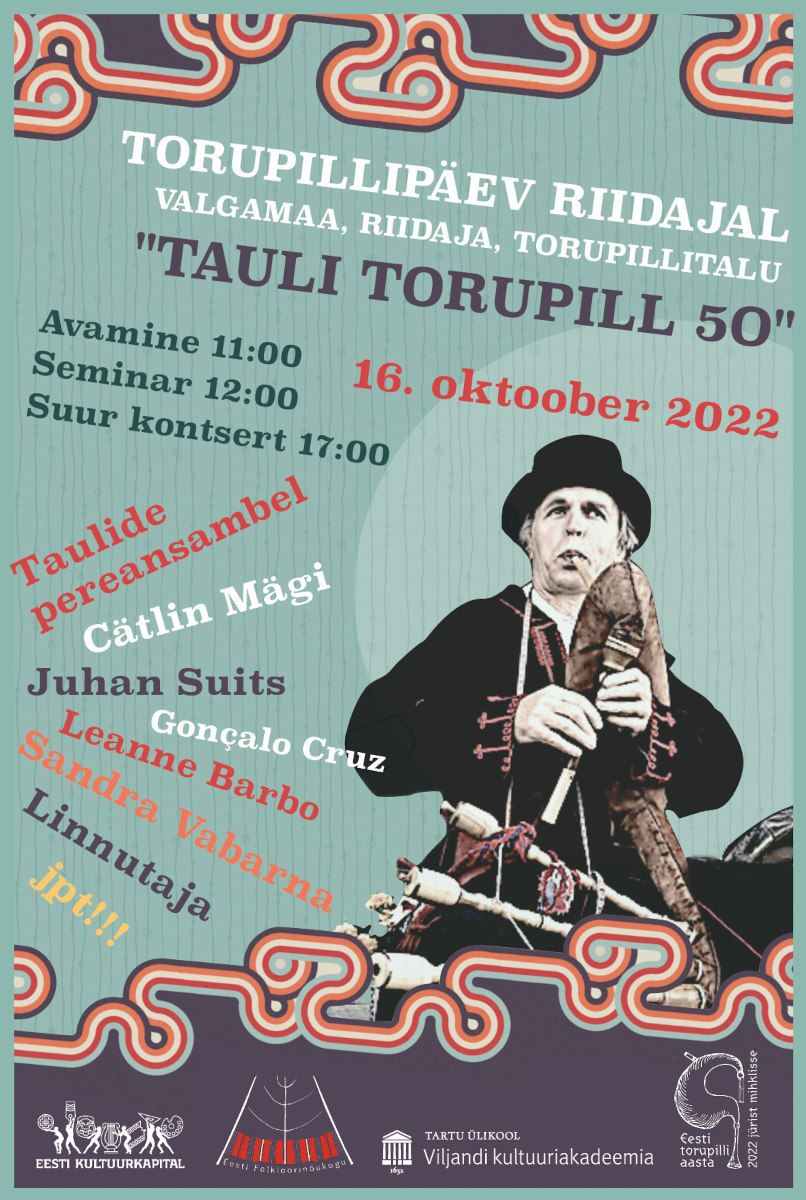 Yes! I’ll be speaking about my Baltic bagpipe research at the “Tauli torupill 50”, in Estonia, Riidaja Torupillitalu, on the 16th of October next!

Estonian pipers are celebrating the anniversary of the Taul’s bagpipe – 50 years since the revival of the Estonian bagpipe.

“In 1972, Ants Taul, who runs Torupillitalu (a bagpipe farm) in Riidaja village in Valgamaa, made his first bagpipe. Thanks to Ants’s determination and engineering ingenuity, the rebirth of Estonian bagpipes began with Taul’s bagpipes. This new type of instrument could today be called the “Taul’s bagpipe”, because the Tauli’s, both Ants and his son Andrus, have improved the instrument a lot over the course of half a century, added additional finger holes, introduced new wind bag materials, changed the whimsical reed strings to carbon fiber, improved the instrument construction.”

by the organiser Lauri Õunapuu • lauri@metsatoll.ee

12:45 Helen Kõmmus, about bagpipes, players and recordings in the Estonian Folklore Archive of the Estonian Literary Museum.

14:00 Gonçalo Cruz, on the restoration of the archaic Finnish bagpipe type and its relationship with the bagpipes of Estonia and the Baltic countries.